The dreaded curse of the film festival is when two films are shown at the same time. Two duelling voices fought within my mind. Do I watch Timothy Bottoms’ directorial debut, Welcome to the Men’s Group (2016), about how fragile masculinity is? Or do I watch a film with young female protagonists living on a council estate?

So anyway. I made my decision. I was the only person who made that decision, left to a projector scene in a church hall amongst a couple of event volunteers.

This film feels like the fever dream of a 15 year old just getting into radical politics, coming up with ridiculous, idealistic yet deeply flawed politics and just going with it because YOLO. Our protagonists follow in the footsteps of Che Guevara (although they resist wearing his face on a t-shirt), and apparently solve the housing crisis in the process. Where politicians and urban planners and austerity is unable to tread, two teenage girls solve the crisis in one housing estate that represents a wider issue.

It’s a lesbian love story, where their entire revolution could have been avoided had they not been too shy to express their feelings. So let’s explore how difficult it is to give a queer romance a voice amongst the pressures of heteronormativity through some throwaway scenes and making out, without making it the focus, yet simultaneously integral to the story.

Our protagonists are self-centred dicks, only caring about themselves and only ever thinking in the short term. So like most 16 year olds. Except here, being a self-centred dick includes tearing the elderly apart from their families, suffocating them to death, inducing grief, as if they’re not actual people.

There’s a place to explore the deep divisions between the elderly and the young, not only within a spectrum between left wing and right wing politics, but also in places of relatability, even if in small ways). But this film doesn’t really find a good way to do that.

The film never questions how fucked up their methods are. Instead, it heralds them. Students now have a cheap flat of their own, and don’t have to live with their parents. The revolution succeeds. A new social space is instituted for young people (aka clubbing and sex), who simultaneously subvert stereotypes by pretending to be drug-addicted lowlifes. The elderly find themselves in a sheltered community where, despite the fear of a terrorist attack, become more of a community than ever before.

This film is stupid. But it’s also kind of cool at the same time. 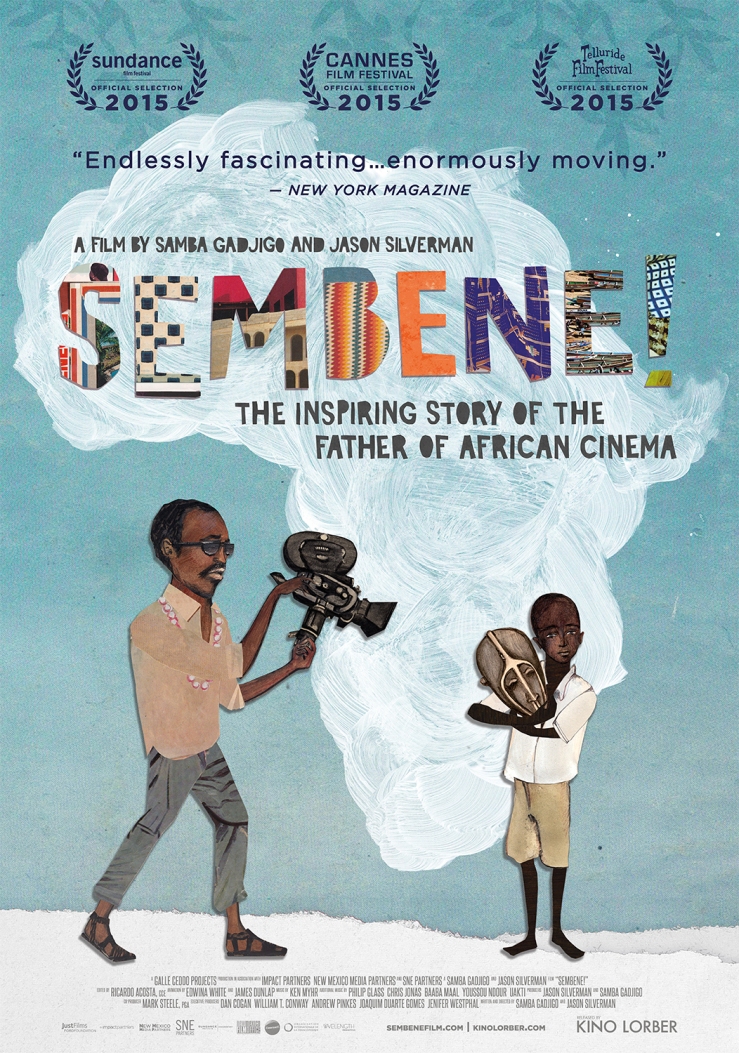 It’s at this stage during the festival where I’m debating whether I should actually watch another film. I want to sleep, and I don’t want to sleep. I want to eat, and I don’t want to eat. I toy with the idea of catching something more simple like VHS Massacre (2015) that I can disengage with, but I’m glad I didn’t. I grab a burrito, and probably ruin my digestive tract as I rush off to the cinema on the other side of town.

It’s a cinema known as the Hollywood Cinema that I haven’t been to in years, but it makes up my childhood memory of films, from Spider-Man 2 (2004) to The Muppets (2011) to Fred Claus (2007), and far too many more to count. Their exterior still displays Shrek and Spider-Man, as if I were still 5 years old, still watching films projected on celluloid. They are the last place I expected to screen a documentary about a Sengelese director.

The dreaded Screen 4: once a bar, now a cinema screen no bigger than a flat screen TV. Nearly a decade ago, I watched Bee Movie (2007) in this screen, a film I still contend as an absolute masterpiece.

I knew about Sembene thanks to the BFI’s release of Black Girl (1966) last year (which still remains on my excessively long watchlist), but I knew very little about the man himself. The films refuses to be a ‘talking heads’ documentary, instead relying on archival footage and the reminisces of academic and friend Samba Gadjigo, who managed to get Sembene’s name out there and distribute his films through festivals, before becoming a confidant and ally; now, after Sembene’s death, Gadijo is the holder of his legacy, holding onto his estate. There’s something meta about watching a documentary about a director who became famous through film festivals within a film festival itself.

As we see footage of Sembene directing his last film, Moolaadé (2004), in his old age, there’s something inspiring in how he continued on despite his disabilities, delivering a powerful film on the issue of FGM when no one else would.

I’d have liked to have seen more of Gadjigo’s journey after Sembene’s death, exploring the world he left behind through his house: art, paperwork, film reels, and the local neighbourhood that once knew him.We never hear enough words from the personnel and the actor’s who worked on his films, either.

Often, it feels like a generic career retrospective. The tragedy being, I won’t be able to see his most interesting films for years to come. The film launched alongside the restoration of Black Girl, and at points feels no more than a commercial for his filmography. But this isn’t a bad thing. I feel a thirst to watch his most overtly political work, like Camp Thiaroye (1988), Guelwaar (1992) and, most of all, Moolaadé. We glimpse extracts from these new HD masters, but it’s a shame I’ll have to wait to see them in full.

Placed outside of its Hungarian context, this film is somewhat difficult to get into. To call it a film is a stretch at all; it’s an anthology of shorts. It has no framing narrative between wildly different segments: historical, present day, animated, documentary, with only a couple of lines of exposition to give any sense of who Miklos Radnoti was as a poet and as a person. Should it show more or should it tell more? One wonders that this might be better suited as a rolling video in a museum exhibition than at a film festival.

Some segments fare worse than others: the second segment feels so far removed from the poet himself that it comes across as an everyman, joyful contemporary romance without any sense of personality, that might as well be a commercial.

The stop motion animation sequence, The Willow is cute, but it again lacks any personality to define the couple as characters. It reminds me of Pixar’s Lava (2015), yet that short communicated more of a narrative about an actual human being, whilst also being much more cute.

The animated folklore genesis story has some great animation, but is horribly overdubbed in Hungarian over its original narration, and by trying to summarise his literary work, it adds nothing to his life story.

The section in what home means was so unbearable that I wanted to leave the cinema; the worst aspects of a viral Buzzfeed video summarised in one place.

But there are some genius works of art here. In the opening segment, we see his childhood life in a series of photographic tableaus, completely desaturated. Like Barry Lyndon (1975), it refuses to pretend the past should be shot as if it were the present, instead opting for the rigidness of the art of the time: which, in turn, somehow creates a false illusion of authenticity.

The fourth section sticks out as my favourite, framing Radnoti’s conflict between following Judaism or Christianity through allegory. Hanukkah; parties with Christmas trees; a sweater affixed with a large Star of David; a girl who opens asking him to name 10 concentration camps, forcing him to acknowledge his heritage, as he wakes up hungover the next morning to find her number written on his arm, as if it were tattooed on his arm – foreshadowing his eventual fate in the death camps.

The final sequence is the film at its most daring, and ends the film on a conflicting and upsetting note. We are told of his experience in the camps through a series of abstract images, shot through in red neon and an ancient VHS transfer. It feels truly terrifying. In one respect, it brings to mind the Academy aspect ratio of Son of Saul (2015), yet its lo-fi look can yet only bring to mind the more problematic exploitation films of the 70s and 80s, like SS Experiment Love Camp (1976) and The Night Porter (1974), which presented female victims as sexual objects to be exploited. Despite this, its briefness helps to make it one of the stand-outs of the film.